No Longer a Slave to Her Dream

Just as Christina’s dreams seemed to be coming true, she felt a tug in her heart

At the peak of her career, Christina quit! She felt enslaved by her lifelong dream. It no longer fulfilled her. Instead, it weighed heavily on her heart.

From a young age, Christina always wanted to be in front of the camera. Born in Romania, her family moved to the United States, but Christina remembered her parents always sent video tapes of her back to their families in Romania.

At fifteen, she received an opportunity to go to a modeling convention. “I remember asking my mom to go, and my dad was a little bit more against it,” Christina recalled. “My mom saw how much I wanted it.”

Christina grew up in a conservative home. As she started her modeling career, she found herself experiencing moral dilemmas. “You had to undress in front of people,” Christina explained. Even before she received Christ, she struggled with what was expected of her in the industry.

“I thought something was wrong with me because everyone else seemed to be okay with it.”

Christina silently wondered if she was the only one  who felt that way.

Christina’s mother, Cornelia, knew a lot of things could happen behind closed doors. She spoke with daughter about her concerns, encouraged her to be careful and not give herself to inappropriate things. Cornelia said, “I let it go, and I let God take care of it.” 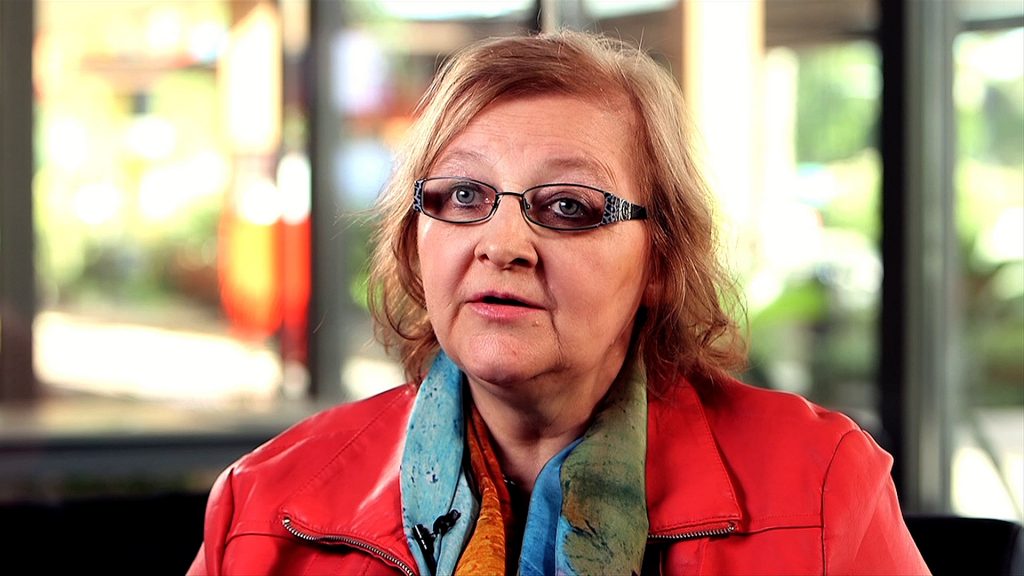 At the time Christina says she didn’t know what the uneasiness was that she was feeling. But now she understands it was conviction. “It was a heart issue,” Christina said.

While living in Los Angeles, California, Christina went through a very hard time in her life. She found she’d become a slave to her dream. Little by little, she looked at her life and realized the Bible and the reality she lived each day, weren’t matching up. During a cover shoot for a really big magazine in Arizona, Christina recognized she was no longer fulfilled. She completely surrendered her life to that ten-hour shoot. She felt yanked back and forth between what she wanted and what was required. She technically had a say in what she did or didn’t do, but really felt like she didn’t have a say. “If I really didn’t want to  do something, I would say it, but at the same time, it was so high paced.” She said she just felt like she had to go through it and get it done.

“I had decided to quit modeling.”

At what might have seemed like to most, the peak of her career, Christina was done. It can be easy to leave when work is slow, but Christina decided to take the opportunity and leave the industry just as she was about to come out in a big magazine, and she had jobs lined up. Cornelia said the changes in her daughter are so drastic. “She was a great model for the world, but she was not for Christ.” Cornelia always referred to Isaiah 54:13: “All your children shall be taught by the Lord, and great shall be the peace of your children” (ESV).

So very proud of her daughter, Cornelia said, “I look at her and see the person she became –what an angelic model she is compared to what she was before [Christ].”

Get the definition of beauty from God.

Christina shared her story because she wants any girl listening to know – “If you feel insecure, if you feel like you’re not pretty, or you’re comparing yourself to these images that you’re seeing, I want you to know outer beauty doesn’t mean anything. A lot of these girls you’re looking at have major issues. When you focus on the Word of God, and you get the definition of beauty from Him, it’s amazing how content you really are.”

Family Life Radio is listener supported. Many who listen also generously give to make the Christ-centered music and inspirational content possible. Family Life Radio is grateful to each one who helps to shine God’s love, peace and encouragement into hearts, revealing truths that direct people in the way they should go.

If you feel led to give a gift today to help others draw strength, gain wisdom and experience peace through Family Life Radio click here.